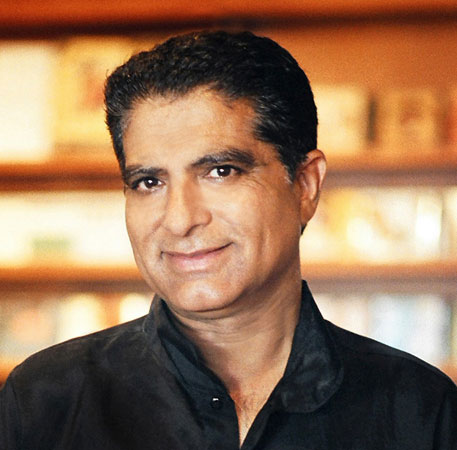 As our readers will have noticed, we’ve been extremely busy lately, resulting in fewer ARCO-editions and fewer ARCO-articles on our website. We hope that this year ARCO will pick up steam again. We have our goals set for 2009 and they will be spectacular, if the Cosmic permits. But first of all, we wish everybody a happy 2009. May all your wishes for the year come true. Then ours will as well.

We have selected a very interesting video for you: Deepak Chopra on the significance of the Obama presidency. Now Obama is in big trouble even before his presidency begins. Maybe Franklin Roosevelt faced even worse problems, but there is no doubt that Obama will not get an easy ride. That’s why we agree with Deepak that we should all support him spiritually, to strengthen him and sharpen his judgment.

Deepak explains very well how Obama transcends our tribal consciousness with respect to religion, nationality and race. Very true. However, there is one great problem underlying and strengthening all of these divisions and that is our present-day dinosaur economics. Deepak fails to mention this aspect, probably because he does not know. It may be presumed that as a spiritual leader he has failed to give economics due attention. One of the reasons may also be that since the fall of communism (1989) there seems to be only one paradigm left, i.e. capitalism.

But this is not so. First of all, communism/socialism is making a come-back in South America and even in the USA (although it is well controlled in the US). In Latin America, however, our great friend Hugo Chavez has drummed up a lot of support for his so-called ‘21st century socialism’, whatever that may be. In Bolivia, Chile, Argentina, Brazil, Ecuador and Paraguay socialist parties are now in power and they are pushing their agenda very hard.

And, unfortunately, the poor are again falling for the same false socialist promises as before. Yes, if one nationalizes industry and distributes its income, for a while the poor will feel some relief. But after a while, the economy starts crumbling, as it did in the East-block countries (Russia and Eastern Europe) and as it has in Cuba. In China there has been an enormous economic boom ever since the Chinese Communist (!) Party adopted capitalism (!) for its economic model!

So we know from bitter experience that the socialist economic model does not work. Why then do people like Hugo Chavez and Evo Morales want to re-invent the square wheel? That is the wheel that does not roll? We cannot answer this question. Probably Chavez has been blinded by lust for power. At any rate, he is popular and socialism is on the rise.

What they all miss is the Just Third Way. There is another (albeit as yet untried) economic model, ARCO refers to as ‘solidarism’. It was first proposed by Louis Kelso and Mortimer Adler (see also our video direct code 1341, who called it a ‘new kind of capitalism’) and is promoted worldwide by an organization called the Center for Economic and Social Justice (CESJ). If you want to know more, surf to: www.cesj.org. Also check out this site: www.binaryeconomics.net

If Obama wants to really solve the economic crisis we have all rolled into in 2008, he should implement this Just Third Way, a unique mix of the best elements of socialism and capitalism. Unfortunately, Obama (like Deepak Chopra) is unaware of this model and intends to fall back on Keynesianism (used by Franklin Roosevelt to counter the Great Depression devastating the US during the thirties of the last century).

Now, Keynesianism may just be enough to stop the bleeding, but it will not cure the disease which has resulted in the present economic crisis. Until solidarism (the Just Third Way) is introduced on a worldwide scale, our economy will continue to boom and bust, causing unnecessary financial hardship around the globe with each crisis. Also the poor will continue to suffer unnecessarily.

That’s why we say that Deepak Chopra left out one crucial thing: Unless Obama changes course, he will not transcend our present scarcity-based economics, raising it to a level of abundance for all. We therefore see Obama as a bridge builder, somebody who paves the way. Then the president following him will be the one to focus on the transcendency of our economy.