The flaw in humanity

This article is the first of many. For many people, much of what is in these articles will be disturbing, to say the least. For most people many statements will even be unacceptable. The statements made in these articles will understandably require many demonstrations, as they are contrary to much of what our parents, teachers, science and society has taught us. Remember, this is just the first of many articles still to come and every subject (and even every word) can and will be explained in detail in one or several of the upcoming articles. To the degree that you are able to continue reading these articles, without rejecting them, you are ready to start seeing a deeper reality.

Introduction:
The flaw in Humanity


It seems that more and more people around the world are becoming aware that there is something fundamentally wrong with humanity. They find war, corruption and the destruction of our planet becoming an intolerable matter. Many are starting to notice that what some used to consider the most intelligent of all species, humanity or mankind, is actually proving to be the most unintelligent species the planet has brought forth so far. 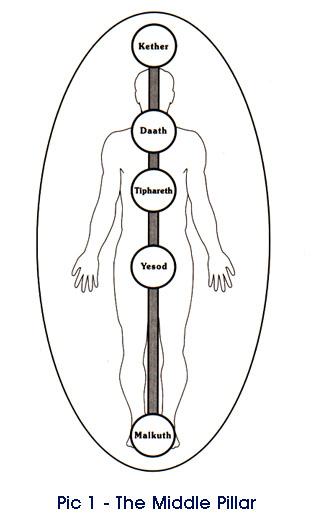 Spiritual energy enters the body and
concentrates in a number of focal points.

Humanity has disorder and unhappiness at the very core of its foundation and this flaw continues all the way up to the top floor of its highest skyscraper.

Individual humans struggle with many negatives such as: doubt, anger, frustration, pride, arrogance, to name just a few. They struggle at work, in their love life, with their children, with their health, with their neighbors, friends, family, neighboring countries and other religions. Many don’t even know that they ARE unhappy or at least unsatisfied. It seems that the more wealthy, famous and successful people are actually more unsatisfied than those still striving to become so. When obtained, success, progress and material gain are never permanently fulfilling.

I could go on and on talking about the chaos seen amongst humanity, but I am not concerned with the matters mentioned above. If you want some more examples, all you have to do is turn on your TV tonight.

What I would like to focus on in these articles are not the effects but the original causes that continuously lead to our flawed humanity.

It is just not enough pointing out where we see events to be ‘wrong’, ‘corrupt’ or ‘flawed’. This is indeed the way things are in this world - corrupt, flawed - and the first step is indeed to see that all is corrupt - that all is flawed.

However, sadly that is all that most people talk about - seeing that there is a flaw in many of the events initiated and perpetuated by humanity, but that is NOT the truth - that is only the first step.

The next step is to see why the world is corrupt. That means to see the exact origin of all corruption - to see where the demonic FLAW came from and where it currently lives.

The undebatable, but to most people unacceptable, answer is: in our bodies - not just in the bodies of a couple of political leaders, religious organizations, corporate enterprises, etc… but yes, in you and me and another 6 billion bodies - a mighty demonic virus - devouring like a parasite at an unimaginable rate - a virus that only a few have risen above - a virus feeding off of only human beings - creating our flawed humanity.

In fact, the FLAW is the mind + the emotions - the thing we call “our self” - our feelings. Yes, the FLAW is yourself - your-self (and now I will start speaking direct) not I - not me - but myself - my-self - my self.

When I free my being of my self I return to the original state of being - being just being, without self or said another way: when I remove my humanity from my being, I am no longer a human being but just being.

This is the logo of the ‘Evangelical
Covenant Church’. We are not sug-gesting
that the writer of this article has
anything to do with this church.
The only thing we say is that this logo
seems to be a good illustration for this article.
It somehow resonates. The description of
the logo is as follows:

Within the design are four people who face
north, south, east and west. Note that
each one’s arms are outstretched, indicating
the church’s outreach in mission and
service to the world. The four are part
f the whole, yet their hands do not touch,
symbolizing their unity in the freedom
and evangelical warmth that
characterizes the Covenant.

The geometric arrangement of the four figures
results in a crosslike pattern, representative
of the center of our faith. The center circle
symbolizes the unity and the bond of
fellowship which we call “the Covenant,” an
oath we’ve made to love God and love each other.

So then what is the truth?

First, to see that all is corrupt.

Second, to see the origin and the perpetual continuation of this FLAW.

And at last (the truth) but not least; to rid my system of it - to rid ME of myself - to rid me of the FLAW.

What else are all these semi spiritual practitioners talking about?: ‘living in the now - being in the moment – freedom – liberation – enlightenment - and all that?’

How can I possibly be NOW, if I’m thinking? If I’m constantly going over my emotions - my feelings - my self - my flaws (or mostly the flaws of others!) - regurgitating old experiences - thinking! - imagining the future using the old as my reference - thinking! - in other words: LIVING IN THE PAST!

Yes, my mind - the thinker - my emotions - my feelings - my self - my flaw - is the past - the past itself - is self - is the FLAW - the one causing all the demonic effects in the world. (and my/your daily life).

Or is it easier to crucify me, or my words, like the flaw has already done to so many.

Written by: Who am I?