(R)Evolution of a Best Seller

“Marion, this is the stupidest idea you’ve ever had!” “Why, Toni?”

Toni is my editor, confidant, and friend when I’m not screwing up, getting drunk, visiting women for hire or the criminally unskilled in local jails.

“Do you know what selfpublishing is?” she said. “It’s a way to get your money. Of which, you have none. You pay exorbitant fees and end up with a trunk full of cheaply prepared books you can’t sell.”

“Maybe I could sell some,” I said.

“To whom? Your friends? Marion, listen. I’m trying to help you here. Whores don’t read, drunks can’t read, and, as I understand it, toilet paper is provided in jail. Your manuscript is good. I’ve been shopping it around. It’ll get picked up. Have a little patience. Remember how long it took to get magazines to publish your short stories? Now we work with four and have one or two stories out a month”.

“I just want to explore it, Toni.” “Fine, Marion. Just leave me out of it. Don’t use my name or my business’ name. I have other clients I work with. They tend to be careful where they walk.”

“Meaning?” I said.
“Meaning, they don’t step on their dicks.”

I called the toll free number. 1-800-PUBLISH. Very clever. As the phone rang, and rang, I wondered if the gas chamber in Huntsville, Texas had an 800 number. Something like 1-800-TUFSHIT

I could imagine the governor trying to pardon some poor bastard as the death clock ticks down to midnight. The gov’s having a bitch of a time translating letters into numbers.

“Ego Press,” a voice, with a slight accent, finally answers. “Yes, ma’am. Name’s Marion. I saw your ad on the back of a matchbook cover. I’d like to get my book published.” “Okay. Send a copy of your manuscript along with twenty-five dollars cash, U.S., to Ego Press, Box 22, Port-Au-Prince, Haiti. We’ll have it read and contact you with a quote.”

“Haiti?” I said. “You’re in Haiti? The book’s not in Haitian. It’s in English.”
“Sir, Ego Press has a trained staff of bilingual readers.” Sure, I thought. Sounds more like cunnilingual.

So. What the hell. I sent the material along with twenty-five bucks cash, U.S., that afternoon. I received a reply congratulating me on my fine work and welcoming me into the Ego Press ‘family’. I guess that means, anytime I’m in Haiti, I’ll always have a place to stay. Room and board. Sightseeing trips. Swimming in the warm waters of the Caribbean. All courtesy of my ‘new family’. What I really admire about the Haitians is how fast they read. Only four days had elapsed between manuscript sent and acceptance. Remarkable work ethic these island people.

Blurbs? What the hell are blurbs? I called my new Haitian family. This time reaching a heavily accented male voice. Probably an uncle or something.

Over the laid down phone I heard what sounded like fireworks. POP! POP! POW! SCREECH! KABLOOM! Probably some kind of celebration. Island people like to party. Maybe it’s Mardi Gras time.

“Well. Ah, yes,” I said noncommittally. “What I really wanted to know is what a blurb is. Ju, I mean you, said you wanted five or six of them.”

“Wait,” said the voice. POP-POP-POP-POP, came the celebration noise. BOO-BOOB! BOOBOOM! Then faint yelling and screaming. Must be one hell of a party.

“Hokay,” the voice came back, “eets een the deetionary, page eighty nine. I must go now. Thee revolution gets closer.”

“REVOLUTION?!” I said. “You mean like groups of black guys riding around in the back of Toyota pickups with AK-47s?”

I put the idea of Ego Press on hold. Orphaned from my new family, my life, as it were, went on. Wrote a few stories, sold a few stories. Picked up some day work, got fired from some day work. Coming home from the V.D. clinic (I do routine maintenance there. Someone’s got to fix the dripping toilets too.), my landlady met me at the door. Besides wanting the overdue rent, she had a letter for me. It was clear I wouldn’t get my letter without paying my rent. We negotiated the money owed, with the money I had, and settled on me being only one week in arrears instead of three.

The letter was from Ego Press, saying that in this time of strife, my family, Ego Press, would take me back in the fold and make, to me only, a one-time offer. Ego Press would print one book, for my examination, at the ridiculously low price of one hundred dollars cash, U.S., including shipping and handling. If I wished to order the other four hundred ninety-nine books, they would deduct the hundred bucks. WHAT A GREAT DEAL!

I get my book to show around and help finance a revolution. Feeling like a latter day Patrick Henry and Ernest Hemingway all rolled into one, I sent off a hundred dollar bill and the blurbs I’d developed. On the very day Muammar al-Gaddafi granted Haiti’s ex-president, along with the proceeds of the Haitian treasury, political asylum, my book arrived.

I was at the bar before the afterwork crowd made it in. Found a window booth, downed a beer, and lit a smoke as Toni entered.

Toni slid in the opposite side of the booth.

“Marion,” she said, “do you have to yell like I’m some sort of beer serving wench?”
“Sorry. Take a look at this.” I pushed the brown package across to her. “What is it?” she asked eyeing the discreet wrapper.
“No it’s nothing like that. Open it.” She opened it and there it was.

We both saw the note sticking out of the book at the same time. It said I was getting such a great deal and to save me money, they used left over covers from the revolution.

“What revolution?” Toni asked. “Ah, it’s kind of a story,” I said. On the top of the cover, above my title and my name (Che’s name and title having been skillfully removed using white-out), it read, ‘“Six months on the best seller list”’ and under that, in smaller but prominent font, ‘N.Y. Times’.

Toni didn’t say anything, opened the book to the first page, the blurb page, and read aloud:

“Well, Toni. What’cha think?” Toni opened the book a third of the way. A clump of fifteen or twenty pages fell out, still glued together. “Pre-revolutionary glue,” I said. 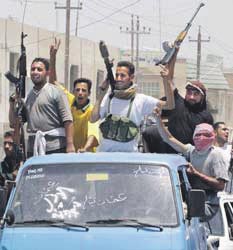 “I’m sure they’ll get it straightened out.” “And the paper, Marion? There’s still chunks of wood floating in it. Will they straighten that out too? You’re aware,” Toni went on, “these newspapers and organizations are going to sue your ass off for using their names?”

“No they’re not. I made up the organizations and who’s gonna check. As far as the newspapers, I paid for little ads in their personal columns. In the L.A. Times, my ad said, “Best book in years”, Atlantic Journal, “A page turner”, and so on. You get the picture. Those statements did, in fact, appear in those papers!”

Toni just stared at my book then started to laugh. She got up, patted my shoulder and, still laughing, said, “Marion, you never cease to amaze me. You really are crazy, aren’t you? Gotta run. Stay in touch. Bye.” The waitress brought over a beer.

Said the lady that just left bought it.