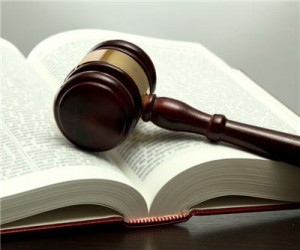 Third Open letter to our Magistrates

Recently AMERICAN GENERAL Wesley Clark suggested to intern radicalized citizens in concentration camps. We are not making this up. Google: ‘Wesley Clark Internment Camps’ and you will find the clip on Youtube. He said this in the context of the ‘War on Terror’.

We will assume that he didn’t really mean that people who had lost their job were also ‘radicalized’, although that was one of the examples he mentioned. In the context of what he did say, he probably referred to people who are not ‘loyal’. For as long as the conflict lasts, Wesley Clark said, these people should be locked up in camps. Clark also called on America’s Allies to start preparing for this, namely the UK, Germany and France.

THANK GOD, he did not mention Holland. But Holland as a NATO member is also militarily involved in the fight against ISIS. So, are we talking about concentration camps in Holland too?

What have we got ourselves into? The echo of World War II is clearly audible here. On Bonaire there was such a camp once. All Germans residing in the Antilles were interned therein during World War II. After the war, some remained on Bonaire and helped to rebuild our community.

WHAT WILL ACTUALLY HAPPEN we do not know. But a tremendous global explosion is probable. Maybe something can still be done to avoid this. But don’t expect any solutions from politics. Money and power have entangled politics to such a degree, that politicians cannot act effectively anymore. In fact, it was politics that created the problem in the first place. The Judiciary is the only state power left that might still be able to do something.

But then the doctrine of ‘Marginal Judicial Review’ has to be scrapped. Simply put, this doctrine holds that the Court, barring extreme cases, ought not to rule against Government. And in cases with a political twist the Court in fact hardly ever does so. Therefore, when lawyers bring human rights cases which may have political consequences, such petitions are almost always rejected. The judge washes his hands of it. He does not consider it his business.

THE COURT defends itself by pointing out that judges are not democratically elected. Therefore, they are not legitimized to intervene in politics. Perhaps this excuse was valid 25 years ago, for we still had democracy back then. But in the meantime democracy has been gradually and systematically demolished. Under the watchful eye of the Judiciary itself, we may say, because judges have allowed it to happen by consistently refusing to get involved politically!

Also consider this. The Court is an integral part of democracy. Judges are appointed by the people via its democratically elected representatives. They are appointed specifically to determine what is Just and Equitable in all cases submitted to them. The Court’s job is not to legislate or govern. That’s the domain of politics. The Court’s job is to do justice. And to do this, Natural law and human rights must be respected. There is no law that prohibits the Court from doing so. On the contrary, the Constitution instructs the Court to do so. Therefore, to claim that the Court has no legitimacy to do justice in political cases, is simple not true!

BUT THE PROBLEM IS that the Court’s Judicial Review has always been marginal in all cases, political or not. Extremely marginal. And that is why we now hear the echo of the Second World War again: Concentration camps and the Loyalty Declaration of 1943! In the context of this reality, the Court should no longer hold back. For there is no other government institution that has the necessary state power to be able to intervene politically. All the people can do is either swallow or rebel. But the Court might still be able to stem the tide.

One of the writers who sounded a clear warning long before World War II, was the Englishman Aldous Huxley. However, nobody would listen to him, despite the fact that he was widely read by intellectuals in many countries. So, do I now really believe to be able to persuade our judges? Frankly, I expect nothing. I can only say that I’m going to try.