This edition of ARCO we step into the colorful world of Zoran and Mieke. They have lived on St. Eustatius (Statia) since 2000 and for them Statia is one of their main inspirations. Statia is the place where they both find the exact atmosphere needed to dedicate their lives to their art. When asked why this little island in the Caribbean inspires them, they have a simple answer. The island became their home, on Statia you can be who you want to be and this freedom is the fertile soil that makes their creativity flourish. Many aspects of living on Statia can be noted in their artwork.

Mieke and Zoran express themselves in many ways, they write lyrics and compose music, write poetry, paint and draw pictures and designs, do photography and make three dimensional work. Their work is diverse, but comes from one source; their love of life, nature and the need to be close to their inner world.

To get to know Mieke and Zoran a bit better, first a few facts about their lives before they came to Statia:

Mieke was born in 1957 in Leidschendam, at the time a small village in the now most densely populated area of the Netherlands. The ever diminishing green space around her made her feel lost and as a child she spent hours and hours drawing indoors, to try and create a harmonious world of her own. Even as a young child she cherished the works of Jeroen Bosch, Toulouse Lautrec and Escher. After finishing her secondary school education she went to law school in Leiden, but switched over to studying Arts and Crafts in Delft. 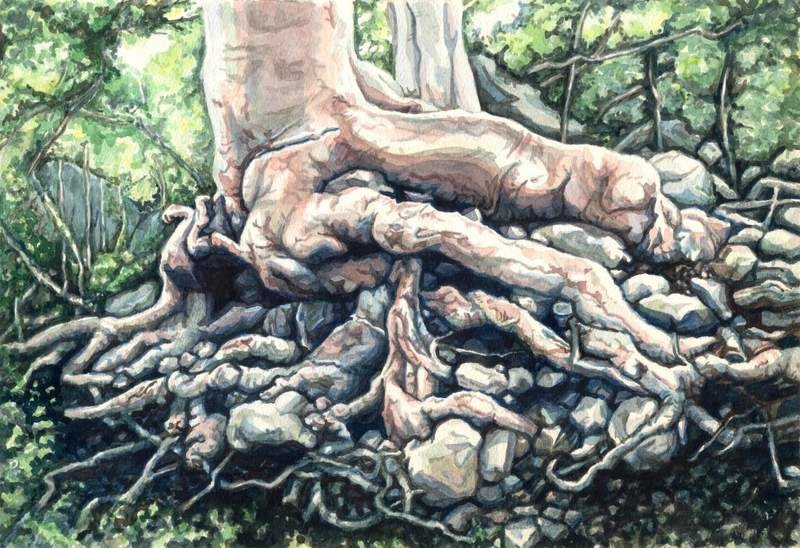 Front-cover image: ‘Back to the Roots’. Watercolor by Mieke van Rij, 2002. It differs from her other work in that it reflects reality. It is a watercolor of one of the old Gumtrees on Statia.

For more than fifteen years she worked as a teacher teaching of various creative subjects (such as drawing, crafts, art history, calligraphy and letter drawing, styling, interior decoration and design) at various schools. In 1991 she was involved in organizing ‘Art-O-Fanti’, an exhibition in Pulchri Studio in The Hague, introducing Art to young people. In between she printed etchings in small editions and was asked to make cards for special occasions. 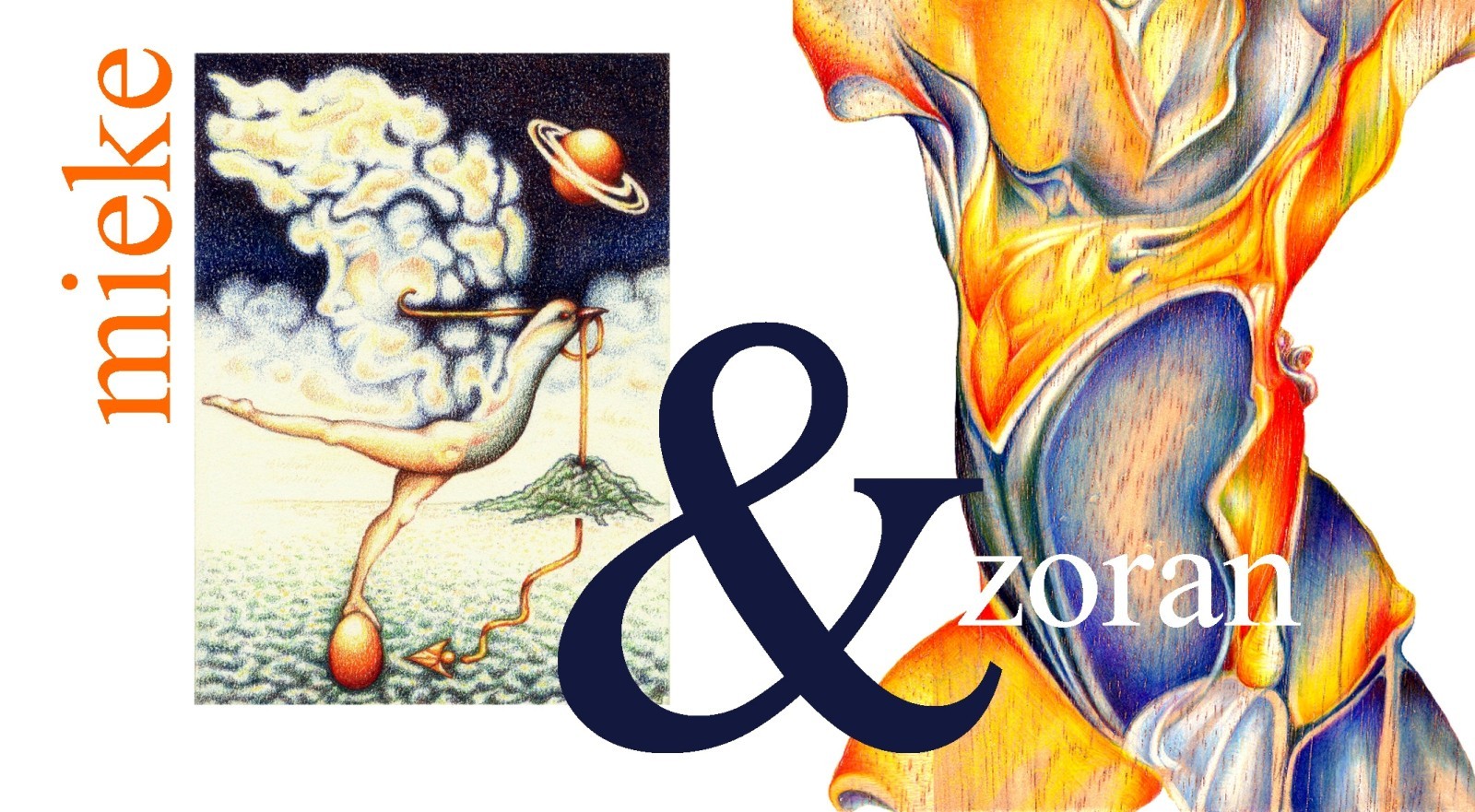 Zoran was born in Bela Crkva (White Chapel) in the former Yugoslavia in 1957. As a child and even during his early schooldays he kept close to nature, which brought about his love for everything surrounding him and turned him into a talented observer. As a student he greatly admired classical art and literature and this inspired his style as well as his themes.

After finishing grammar school he worked abroad in order to earn money to dedicate himself completely to art while back in his native country. In between he worked as a part-time illustrator for some local newspapers, made wall paintings for public buildings and was involved in the restoration of an ancient church.

When the war started he fled Croatia and was granted political asylum in the Netherlands, where he lived for ten years and met his future wife Mieke.

In 2000 Mieke and Zoran got married and moved to St. Eustatius. To them, Statia is the place to come and explore oneself in many ways, with her still flowing pace of life and peacefulness. Mieke started out as an art teacher, but now works as a full-time artist, dedicating herself to art, writing and music.

Her artwork evinces an unusual, often dreamlike atmosphere, full of symbolism. She hopes that the spectator will be absorbed by her strange and colorful world. At the moment she is finishing the illustrations and cover for a small bundle of her poetry in Dutch. Mieke designs logo’s and other artistic items for local (the St. Eustatius Historical Foundation for instance) and foreign enterprises and organizations and makes letter portraits, a symbolic drawing of a person’s name. She uses watercolor, (colored) pencil, and pen and ink as media to create her art work. Recently she also crafted a series of three dimensional artworks, (collages) made of items found on the island.

Zoran is a purely self taught artist: he mastered all his techniques through interest, love and dedication. In all of his artistry Zoran never works according to fixed ideas. Instead, he opens himself to his inner world and tries to catch whatever that moment brings. He chooses to depict his images in a rather abstract way, because he believes there is more to life than what meets the eye. In sharing this, those who are interested might discover traces of that untouched world full of emotions, often set in a dreamlike atmosphere. 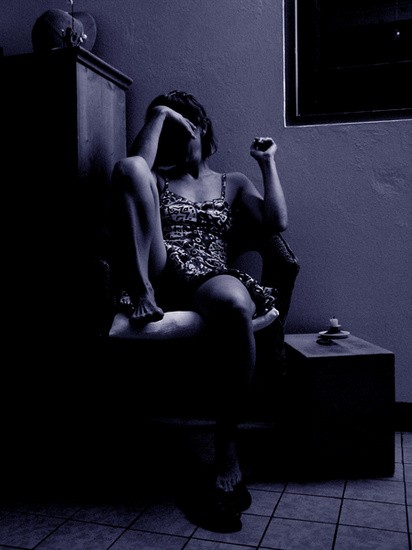 Zoran uses (colored) pencil as a medium for his artwork, and has recently started using wooden panels instead of paper. Zoran and Mieke’s work was exhibited at the Statia Tourist Office and they now have an ongoing exhibition at the Old Gin House. Their work was printed on the cover of the Netherlands Antilles Mint Set of 2006 to represent St Eustatius.

Apart from their different artworks, Mieke and Zoran also compose and play music together. A few years ago they played in a band called “Unity”, Zoran playing guitar and djembe, African drum. He also did some of the vocals. Mieke was one of the main singers. At the moment they play in a musical ensemble, together with two other musicians, called “Coralita Country”. They play specially selected covers, but they also have some songs by Mieke on the playlist. Zoran also plays music with the local band Rhythm Force. Mieke has translated some of her Dutch poetry into English put them to music.

One of Mieke’s songs is called “Ama nesciri”. It’s a song about Statia and the title in Latin could be translated as: “the wish to remain unknown”, which means the wish to preserve the island’s own special culture and atmosphere despite the upcoming changes.

Where a sleepy volcano answers your soul:
with patience and kindness you may reach your goal!
Ama nesciri

Mieke was already working on a letter portrait (a symbolic drawing of a person’s name) for Queen Beatrix, when in 2005 an arts and crafts competition was organized to celebrate the Queen’s twenty fifth jubilee. Mieke won a first prize and presented her letter portrait personally to the Queen during her visit on Statia Day 2006.

The capital B stands in the centre of a golden frame. She wears the national colors and those of the Royal Family. Her crown is adorned with three colored gemstones: the blue stands for faith, the green for hope and the red for love. The small vine bears twenty five ripe grapes. (In 2005 we celebrated her 25th Royal Jubilee) The fountain stands for life energy and the small bell for clarity. 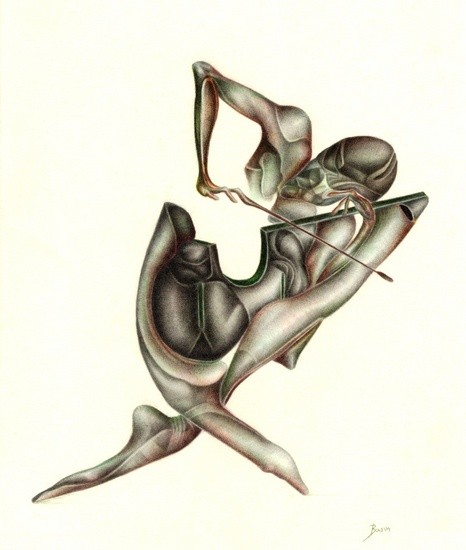 In the background we see the island of St. Eustatius, the four points of the compass each carry their own symbol. Mieke has made many of these letter portraits for all kinds of different occasions and has used them to design very personal business cards. If you’re interested, you can contact the artist at:
miekezoran@hotmail.com.

Zoran has been writing poetry for many years now, originally in his own native language, Croatian. About twenty five of Zoran’s poems were published in anthologies in America, where he was nominated several times as ‘poet of the year’ by The International Society of Poets. Mieke and Zoran translated his poems into English and from English into Dutch.

A close of day

Feelings adorn themselves
with the dreams of life
on the cleft branches of light,
childhood and playful imagination.

Leaf by leaf,
flower by flower
glitter at the watering-place,
slowly dying
in a just blossoming sky.

I could extinguish one life
without tears and sorrow
in the silence of a birth. 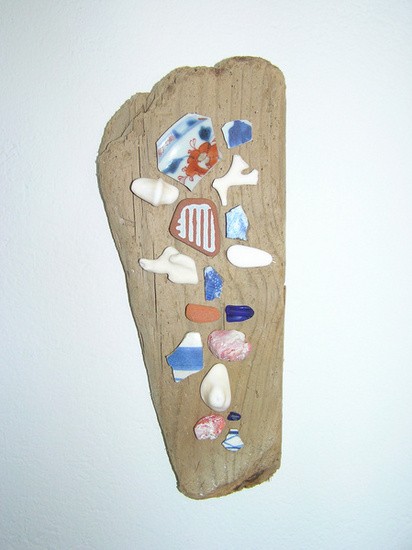 ‘Tree of Life’, 2005,
by Mieke. Collage showing
the many colorful sides
of life, pieces of pottery
and porcelain found
on the island.

As said, Zoran and Mieke dedicate their lives to art and that has its consequences for the way they live. True creativity can not be ruled, it has to follow its own way and to be expressed when it occurs. They choose to live mainly without the many influences of modern society and have no television, radio or newspaper in order to remain authentic. They like to stay informed by asking people to share their visions and stories about the world we all live in. They always try to see changes from a positive point of view, and think the changes that will come to Statia in the future as one of the BES islands can work out very positively for the arts.

When things change in a society, art can be a benchmark. “Art, just like music, is a universal language and speaks straight to the heart”, as Zoran states. Therefore it could play a very important role in the future period. If we can preserve and expand Statia’s cultural life, perhaps even organize special festivals, people will come and visit the island not only for its peacefulness, the historical and natural treasures, but also for local celebrations such as Carnival, Easter Monday and Emancipation Day.

Zoran and Mieke are both very much in favor of increasing cultural exchanges between the islands of the Caribbean and the rest of the world. In 2003 they represented Statia at Carifesta in Surinam at their own initiative and expense, with the help of one of Surinam’s leading ar-tists, Soeki Irodikrono. They took part in exhibitions at “t Vat” and “Sana Budaya” in Paramaribo. They also think that cultural exchange between the many nationalities on Statia itself is an indispensable matter, as there is a lot of talent on the island worthwhile exhibiting.

The celebration of Statia Day a few years ago, was a good example of how to do that, when a special celebration was organized in the beautifully restored Fort Oranje in Oranjestad. There was free food from all different nationalities on Statia, and people performed their own traditional music and theatre. In the future, if tourism develops and the population grows, these are the things that will make island life sparkle and vibrate. For more information about Mieke and Zoran and their work one can visit their website at www.miekeandzoran.exto.nl