Let’s start on a positive note: the Caribia Rose. Nice!

I have always considered ‘Caribia’ to be the Caribbean astral ‘nation-state’ waiting to be materialized. It consists of all Caribbean islands, the 3 Guyanas, Central America (excluding Mexico), the Bahamas and Bermuda. Recently Hugo Chavez has begun constructing a new ‘socialist’ city in the Venezuelan forest which he has decided to name ‘Caribia’. 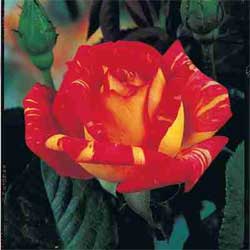 Ships have been named ‘Caribia’ too. One sank in a storm a long way from home, blocking the entrance to Apra Harbor in Guam (1974). It reminds us of the collapse of the West Indies Federation even before it was constituted (1962). Nevertheless, visions of ‘Caribia’ stem from a strong - but confused - longing for unity among the Caribbean people. It can materialize, once its contours become clear. In 1990 it inspired me to write a Manifesto in book-form, entitled ‘Caribbean Manifesto’, a hodgepodge of ideas, stories and poetry aiming to promote Caribbean unity. 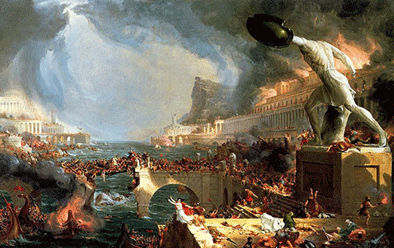 Painting of artist unknown to us; brutal
illustration of a painful process, i.e.
‘the death of the nation-state’

Now, 18 years later, I wonder where it all came from. Was it real? Or was it just my own imagination, a hallucination of megalomania and grandeur? Well, certainly its style points in that direction. Nevertheless, I still believe its basic premises are correct. The Caribbean should unite. Seeing that most of us are islanders, meaning that we are not only nationalistic but insular-minded as well, unification will have to come from bottom up, not from top down. The impulse must come from the islands, countries and their people, not handed down from government in the way the EU has done (where the top-down approach also causes problems). If it is ever to materialize, it must become a people’s move-ment first. But we are still very far removed from that.

In the meantime it has become clear that the notion of Caribia as a unified ‘nation-state’ is obsolete. The nation-state is dying. It may live another 50 years, but I expect its end to come sooner rather than later. The world-map will be completely redrawn. Nationalism will come to be seen for what it is: discrimination. That is why our highest political aspiration at this point in time can only be to obtain recognition for ‘Caribia’ as an ‘autonomous region’ within the new global constitution. 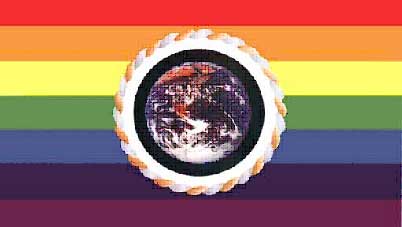 We are living in tumultuous times of accelerating and profound change. This turmoil will result in a New Democratic Balance worldwide, a global re-grouping and re-structuring of peoples, nations and economic systems. Globalization will eventually result in a New Global Civilization, united under one federal government. One may like this, or not, but if I am reading the signs right, this trend is a mighty river whose flow we cannot stop. But we can affect its course. We can and should make sure the New Global Civilization will be free, democratic and economically just (without undue offense to the bio-sphere, I hasten to add). Not world domination, but world liberation.

In this New Global Civilization the Americas could be divided up into three autonomous regions, North America (Canada, US and Mexico), Caribia (the islands and countries mentioned above) and South America (Venezuela, Colombia, Peru, Ecuador, Bolivia, Chili, Brazil, Argentina, Uruguay and Paraguay). Now, of course, Caribia could be grouped with South or North America (or both). But if we want to distinguish ourselves as a separate region, for historical, geographic and cultural reasons (and there is a good case for that), we should aspire to be recognized as a third American autonomous region. 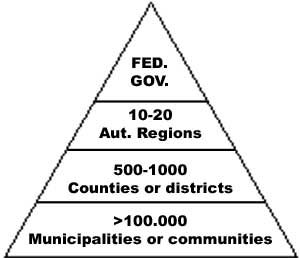 Note that in the new World Constitution ‘autonomous’ has administrative meaning only. It does not mean an ‘independent nation-state’. Independence is already (in 2008) an out-dated concept; the modern world is interdependent and interconnected. In the new constitution, therefore, ‘autonomous’ means that the region of ‘Caribia’ will be recognized as a kind of federal state, having its own state-level (autonomous) government, the federally constituted Global Government being a super-structure uniting the 10 to 20 autonomous regions which will be formed around the globe. Each region would then consist of a number of counties or districts, roughly coinciding with the nations and countries we know today, but it is likely that many new (and smaller) counties or districts will be formed (present-day nations being divided up along ethnic and/or religious lines, depending on the local situation; this happened when the former Soviet-Union broke up and more recently in the Balkans; it will certainly happen in Africa, the Middle East, India, China and Indonesia). Each district will have its own (lower) level of autonomy and within those a great number of local municipalities or communities will have their measure of local autonomy on the lowest level. In other words I foresee a structure consisting of 4 tiers of government.

If recognition as an ‘autonomous region’ is obtained, the counties or districts of Caribia would then roughly coincide with the present-day islands and countries known in the region. It is likely, however, that in our region, too, a number of new districts will be recognized (Tobago, for instance).

This posting will be corrected and expanded as new information and insights require.