Caribia in the New Age Perhaps the Mayans did get it right by intimating that the shift to the New Age will not take place until 2012. That would coincide with the US presidency following the one we are expecting shortly. If that is so, then the ‘signs’ we see now are just precursors. However, we believe the shift has already happened, i.e. we have already entered the ‘New Age’.

As we see it, the ‘9/11 attacks’ were not the beginning of this New Age. They were a relapse into a collective psychosis the world is now slowly coming out of. And the US/UK wrong reaction to these attacks, like wrong medicine, only slowed down the pace of recovery, which cannot fail to take place as soon as we start administering the right medicine.

For all of us living through these times of paradigmatic change, it is hard to see and comprehend what is happening. Historians will later look back and point out what were the highlights and what were the critical trigger-events. The highlights during the past 20 years are:

1) the Fall of the Berlin Wall,
2) the End of Apartheid and
3) the Emergence of the Internet.

We hope that an Obama-presidency (a highlight in itself) will neutralize the negative fall-out caused by the 9/11 attacks and the US/UK psychotic reaction to them. Hopefully by 2012 we will have begun administering the right medicine, so that we may expect the recovery-process to move forward again. If that happens, the Mayans will turn out to have been right after all. View the video for some modern inspiration on this theme (without Mayans, by the way; after all, they had no computers).

What is the right medicine?

The right medicine is to make the world work for 100% of humanity in the shortest possible time. Put differently, the right medicine is to spread hope and prosperity around the globe, to economically empower the poor and to make the pursuit of happiness a real possibility for everyone instead of a cruel joke to 95% of the world population. Therefore, instead of fighting people, we should fight poverty. Instead of bombing, we should be building schools, hospitals, hotels and factories. For as the poet says: ‘you can bomb the world to pieces, but you can’t bomb it into Peace’. 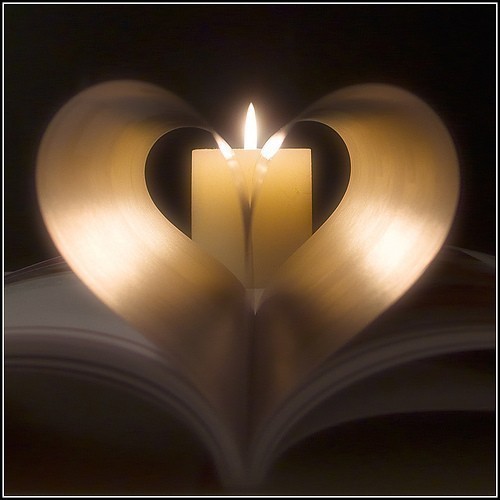 To do this fairly, effectively and as quickly as possible, our economics have to shift from greed and contempt (capitalism) or hatred and envy (socialism) to solidarity and respect (binary economics). The economic theory known as ‘BE’ (not ‘British Empire’, but ‘binary economics’) is the economic basis for a budding third movement commonly referred to as the ‘Just Third Way’, called ‘Solidarism’ by ARCO.

Solidarism provides the economic, legal and moral (interfaith spiritual) basis for the New Age, better referred to as the New Global Civilization for which ARCO is helping to prepare the way. Our field of action naturally is the Caribbean, as we are based in the center of it, i.e. Bonaire ‘the Caribbean Sun’.

Many people in the Netherlands Antilles are wondering why Bonaire is forging closer ties with Holland, the former hated colonizer, part of the ‘Old World’ (which had it all wrong). They accuse Holland of ‘neo-colonialism’ and cannot comprehend the trend toward integration of our islands into this founding nation of the European Union. They stress our national Antillean (or Caribbean) identity, which they secretly hold to be superior to the Dutch (or European) identity. In this (nationalist) thinking, integration into Holland is an abomination.

These nationalists, we believe, do not understand the times we live in. The Caribbean identity is not superior, nor inferior to the European identity. This kind of ‘apartheid’-thinking is an aberration of the past. Our islands (which will obtain a constitutional status similar to the French Caribbean ‘Departements d’Outre-Mer’ of Martinique, Guadeloupe and French Guyana) can be both part of the EU and of Caricom (‘Caribbean Community’). We see no contradiction in this. We see opportunities.

Double (or even triple) integration

Integration into the EU (via Holland) does not preclude Caribbean integration (which is only now emerging anyway). As part of the EU our islands can become beacons of progress, centers for raising regional awareness. It may be a roundabout way, but our integration into the EU may even turn out to be a unifying force. For starters, our integration into Holland will effectively draw us closer (via the EU) to the French DOMS mentioned above and the Caribbean ‘British Overseas Territories’(BOTS) of Anguilla, Bermuda, BVI, Cayman Islands, Montserrat, Turks & Caicos.

This should be understood in a global context. In the not too distant future all countries will integrate into each other (see our first entry above). The Information Age is the Network Age. As part of the EU we can take advantage of 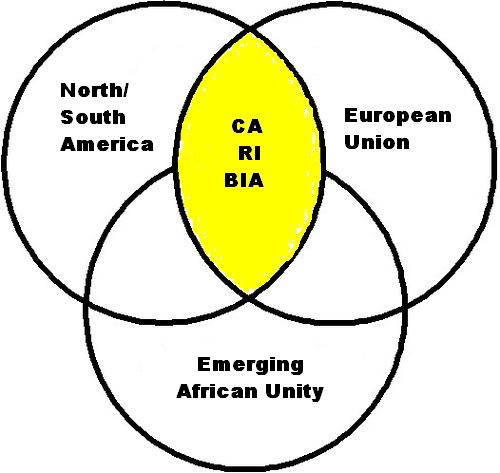 both the European and the Caribbean networks. And why not also the South and North American networks? And, indeed, the African network? Our region lies in between, we are the geographical link between the Old and the New Worlds. These are opportunities.

We repeat that in the coming New Global Civilization our highest Caribbean political aspiration should be not to attain unification in a nationalist or ‘apartheid’-sense, but to gain recognition of the Greater Caribbean as a (third) American ‘autonomous region’ (view our first entry above). Within the context of the New Global Civilization, ‘Caribia’ as a unified ‘nation-state’ does not make sense anymore. Caribia could be the first region to understand that there are no enemies, only neighbors. Costa Rica, part of the Greater Caribbean, was the first country in the world to constitutionally abolish the military in 1948 and, unlike its neighbors, has not passed through a civil war since. A SHINING EXAMPLE!