The BBC reports that the world’s deepest undersea volcanoes, which lie 6km down in the Caribbean, are to be explored. Delving into uncharted waters to hunt for volcanic vents will be Autosub6000, Britain’s new autonomously controlled, robot submarine. The research will be carried out by a British team, its mission to map the full length of the Cayman Trough between Jamaica and the Cayman islands.

This research is good news. Caribbean countries do not have the technology, nor the funds to do it themselves. It is hoped that the results will be published so that everyone will be able to know what is ‘down there’. 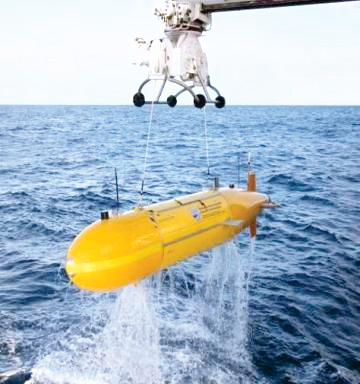 The researchers will look to compare the animals around the Cayman vents with those in the Atlantic and Pacific, in the hope of better understanding the processes that affect how deep-sea creatures “get about”.

If the organisms in the Cayman Trough look like those from other deep volcanic trenches, it will suggest that ocean currents must play a role in shaping the patterns of deep-sea life by transporting the animals’ larvae around. However, if the Cayman Trough animals are very different from those existing in other parts of the Earth’s oceans then isolation will be considered more important.

The research is not only biological or ecological, however. It’s also about ‘resources’. One of the researchers said: “The deep ocean is our planet’s largest ecosystem. If we are going to use its resources responsibly then we need to understand what determines its patterns of life”. Again, this is no problem. But it begs the question who will have the right to use these resources?

We should from the outset agree to earmark any and all income from Caribbean Seabed exploitation to certain well-specified common goals. Goals which nobody can object to, so that even Cuba and the U.S. can agree on this one. These goals should be to promote and fund: 1) Science and Education and 2) Universal Health Care.

The CSA should set up and run the best University in the world, with branches on various islands and in Caribbean coastline countries. Obviously, one of the subjects to be studied and taught would be the exploration and exploitation of the Seabed. The knowledge gained could conceivably also be exported to other nations. Furthermore, excellent schools should be set up and existing ones upgraded all over the Caribbean’.

This theme to be developed further

There is one problem with the approach suggested above. It puts too much power into the hands of the State. If the proceeds are indeed used for education and health care, what’s the problem? Won’t we all be better off? Yes, we would be, provided the Monster of Corruption does not interfere, siphoning off the proceeds for personal gain or for campaign funding etc. And this Monster has many branches in the Caribbean. So a different approach is called for.

Instead of letting the exploitation proceeds flow to governments, it should flow only to the CSA, set up as a stock-corporation, every Caribbean citizen receiving one non-transferable lifetime share. Any dividends from exploitation would then flow directly to the people, not the State. This could be in the form of vouchers which can be used to pay for one’s (children’s) education or to pay individual health insurance premiums. In this way, proceeds would still be used for the two goals mentioned above, but would not fall into the hands of corrupt politicians, of which we have swarms in the Caribbean. This theme will be developed further in articles to come.

The selected video explains how Puerto Rico could use OTEC (Ocean Thermal Energy Conversion) technology to generate electricity for the whole island, without the use of any fossil fuels, an alternative way to exploit the Caribbean Sea. The Eastern Caribbean, Haiti & Dominican Republic, Cuba and possibly Jamaica could also make use of this. Years ago we wrote that the Caribbean has sun and sea. We must only learn how to exploit these natural treasures.